Why use an achromatic lens

An achromatic lens can be defined as a lens which is made by a combination of two different types of lenses carrying different focal powers in a manner such that the images formed by the light of both the combined lenses are free from chromatic aberration or achromatism.
The most commonly used and the earliest example of an achromatic lens is the achromatic doublet. An achromatic doublet is made from a pair of glasses, of which one is typically a concave and another is convex. The concave element of the doublet is composed of flint glass (with higher dispersion); the convex element, however, is made up of crown glass (with low dispersion). These two elements are placed (cemented) next to each other in such a manner that the chromatic aberration of the one element is balanced by the chromatic aberration of another. There are various types of achromatic lenses, which differ in the type of lens elements and optical properties. Some examples of achromatic lenses include Clark doublet, Dialyte, Steinheil doublet, Littrow doublet and Oil-spaced doublet.

* Anatomy of an Achromatic Lens
An achromatic lens, also referred to as an achromat, typically consists of two optical components cemented together, usually a positive low-index (crown) element and a negative high-index (flint) element. In comparison to a singlet lens, or singlet for short, which only consists of a single piece of glass, the additional design freedom provided by using a doublet design allows for further optimization of performance. Therefore, an achromatic lens will have noticeable advantages over a comparable diameter and focal length singlet.
An achromatic lens comes in a variety of configurations, most notably, positive, negative, triplet, and aspherized. It is important to note that it can be a doublet (two elements) or triplet (three elements); the number of elements is not related to the number of rays for which it corrects. In other words, an achromatic lens designed for visible wavelengths corrects for red and blue, independent of it being a doublet or triplet configuration.  Refer to Figures 1- 4 for illustrations of each type. 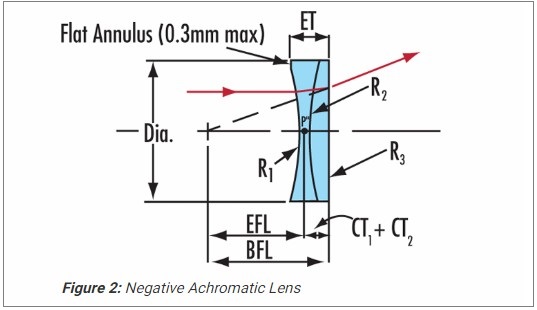 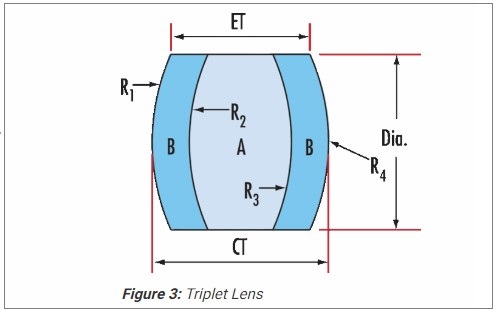 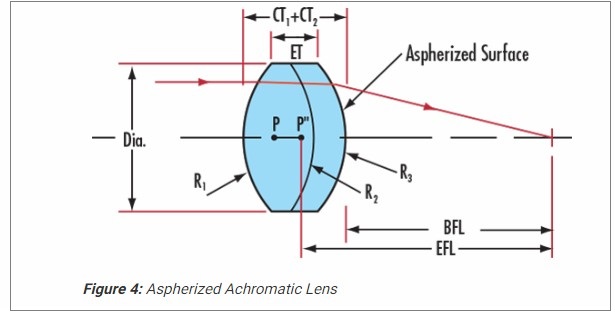 +  Please check parameter of achmatic lens according to listed table below:

*  Brighter Images and Better Energy Throughput
Because on-axis performance of an achromatic lens will not deteriorate with larger clear apertures, "stopping down" the optical system becomes unnecessary. "Stopping down" the aperture refers to reducing its size, for example via a pinhole or iris diaphragm, in order to improve overall performance. With the entire clear aperture utilized, an achromatic lens and achromatic lens systems are faster, more efficient, and more powerful than equivalent systems using singlet lenses.

* Applications of Achromatic Lenses
Achromatic lenses are ideal for a range of applications including fluorescence microscopy, image relay, inspection, and spectroscopy and widely used in a multi-lens optical system that usually consists of several achromatic lenses. Also used in high-quality microscopes and photographic apparatuses are complex lens systems that can eliminate both hyperchromatic and other monochromatic aberrations.
What Makes Achromatic Lenses Important?
Achromatic lenses bring color into focus at the same points that allow users to focus on images. Compared to non-corrected singlet lenses, the achromatic lens produces a much clearer image that makes for easier viewing and more accurate perception.
They brought revolutionary changes to the way you do imaging. Although lenses continue to improve in quality, the achromatic lens remains a staple in scientific and non-scientific optics applications.

*  There are some benefits of achromatic lens assemblies

What is an achromatic lens used for?
A lens which is specially designed to control the effects of chromatic distortion or aberration (a defect of optical lenses to bring the focus of all colours to the same convergence point) is called an achromatic lens. It is widely known as an 'achromat'.

What does an achromatic lens consist of?
An achromatic lens, also referred to as an achromat, typically consists of two optical components cemented together, usually a positive low-index (crown) element and a negative high-index (flint) element.

What is the meaning of achromatic?
Achromatic means literally "without color". It can also refer to: Achromatic colors,"greys" or "neutral colors", also black or white. Achromatic lens, a lens designed to minimize chromatic aberration.

How does an achromatic lens work?
An achromatic lens is a combination of concave and convex pieces of glass that focuses the different colour wavelengths in light to a single plane. Each type of glass disperses the colours differently — put together they counterbalance each other and produce a sharp image.

VY Optoelectronics Co.,Ltd. is a professional manufacturer of optical lenses, our factory located in Changchun City of China, nearly 50 K pieces of achromatic lenses are produced every month in our plant, we have large stock of lenses. Besides, we are able to provide a full range of inspection reports and CoC( Certificate of Conformance) for full optical characterization such as surface quality, dimensions, centricity, coating transmittance and reflectance, and overall or partial surface accuracy. Material of optical doublet we process can be optical glass, UV fused silica (JGS1), infrared fused silica (JGS3) and calcium fluoride (CaF2), barium fluoride (BaF2) and other crystalline material etc.

A short video to shown achromatic lenses we facbricate for your better understanding.

ARE YOU LOOKING FOR

If you can't find what you are looking for, please contact us. 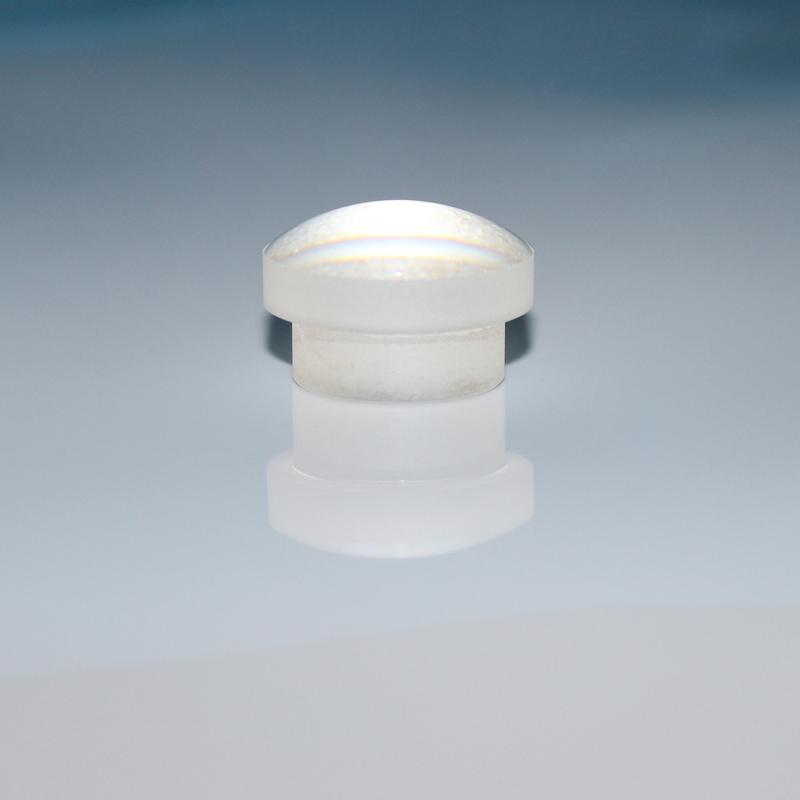 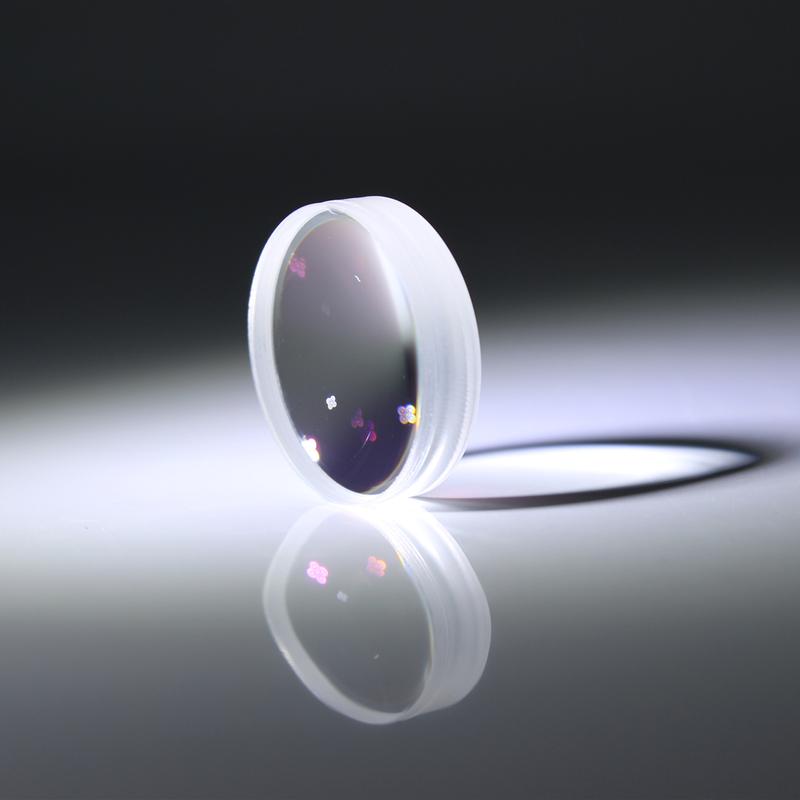 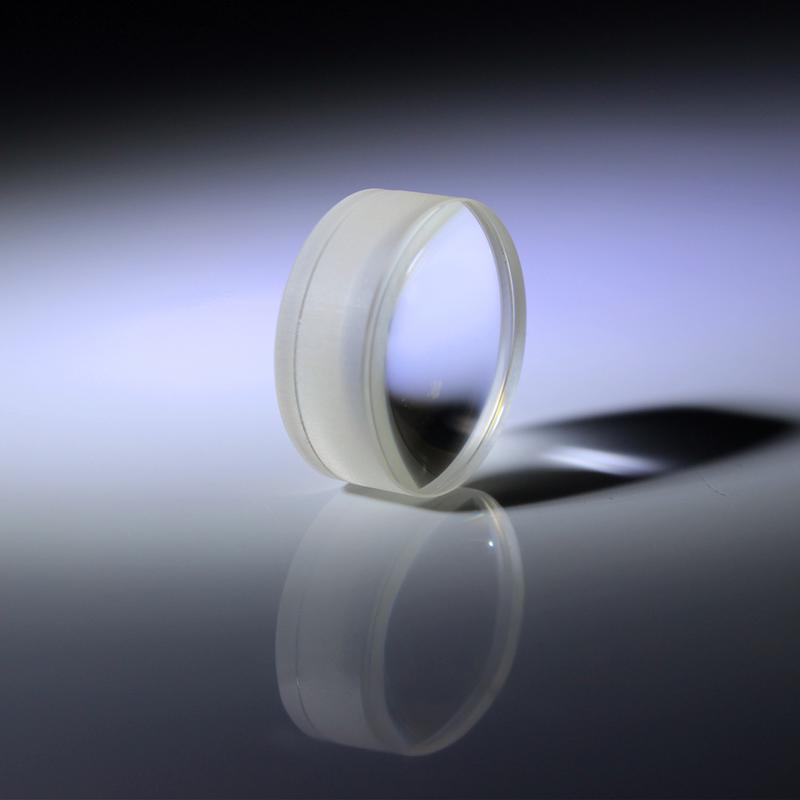 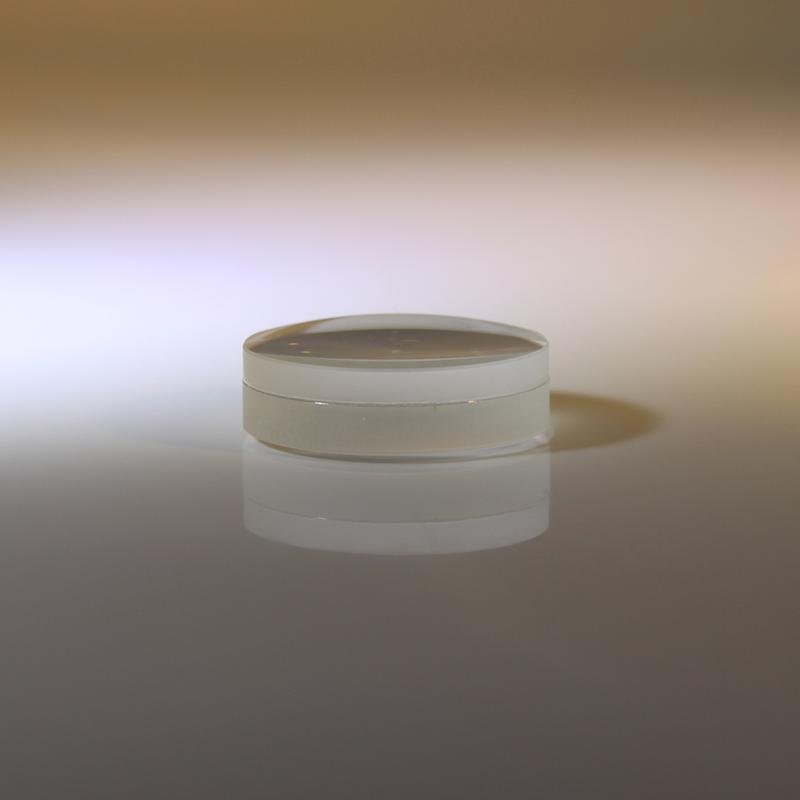