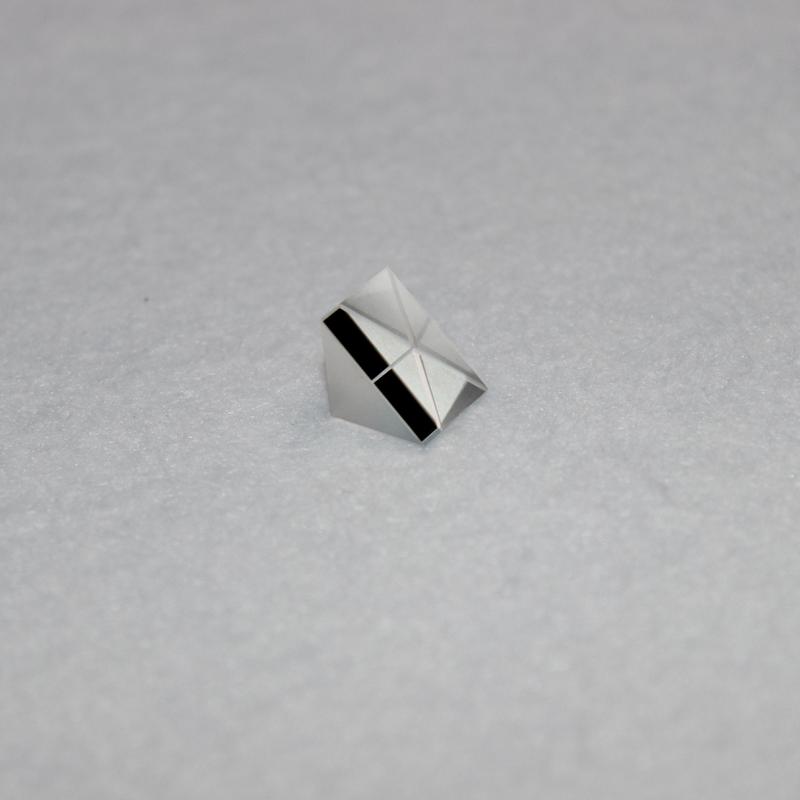 VY Optoelectronics Co.,Ltd. can produce all types of glass prism lenses,  the coating or painting may be available by custom orders. 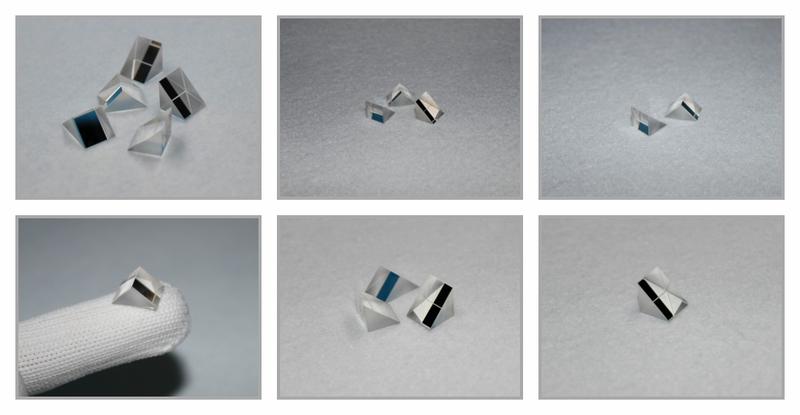 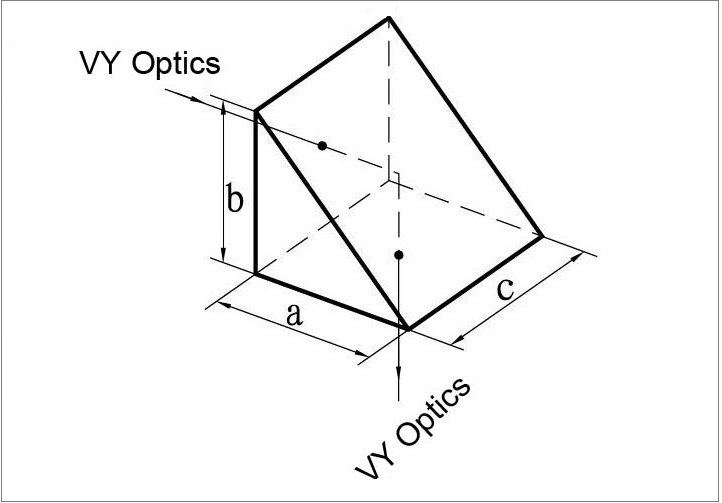 What is optical prism?

An optical prism is a transparent optical element with flat, polished surfaces that refract light. At least one surface must be angled—elements with two parallel surfaces are not prisms. The traditional geometrical shape of an optical prism is that of a triangular prism with a triangular base and rectangular sides, and in colloquial use "prism" usually refers to this type. Some types of optical prism are not in fact in the shape of geometric prisms. Prisms can be made from any material that is transparent to the wavelengths for which they are designed. Typical materials include glass, plastic, and fluorite. 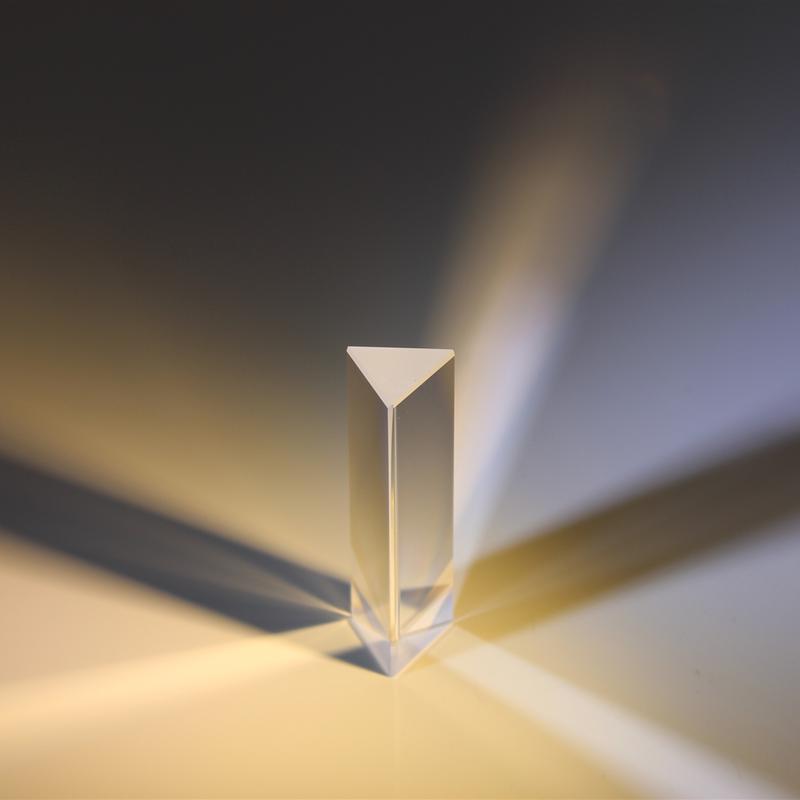 A dispersive prism can be used to break white light up into its constituent spectral colors (the colors of the rainbow). Furthermore, prisms can be used to reflect light, or to split light into components with different polarizations.

A notable characteristic of prisms is their ability to be modeled as a system of plane mirrors in order to simulate the reflection of light within the prism medium. Replacing mirror assemblies is perhaps the most useful application of prisms, since they both bend or fold light and change image parity. Often, multiple mirrors are needed to achieve results similar to a single prism. Therefore, the substitution of one prism in lieu of several mirrors reduces potential alignment errors, increasing accuracy and minimizing the size and complexity of a system.

Light changes speed as it moves from one medium to another (for example, from air into the glass of the prism). This speed change causes the light to be refracted and to enter the new medium at a different angle (Huygens principle). The degree of bending of the light's path depends on the angle that the incident beam of light makes with the surface, and on the ratio between the refractive indices of the two media (Snell's law). The refractive index of many materials (such as glass) varies with the wavelength or color of the light used, a phenomenon known as dispersion. This causes light of different colors to be refracted differently and to leave the prism at different angles, creating an effect similar to a rainbow. This can be used to separate a beam of white light into its constituent spectrum of colors. A similar separation happens with iridescent materials, such as a soap bubble. Prisms will generally disperse light over a much larger frequency bandwidth than diffraction gratings, making them useful for broad-spectrum spectroscopy. Furthermore, prisms do not suffer from complications arising from overlapping spectral orders, which all gratings have. 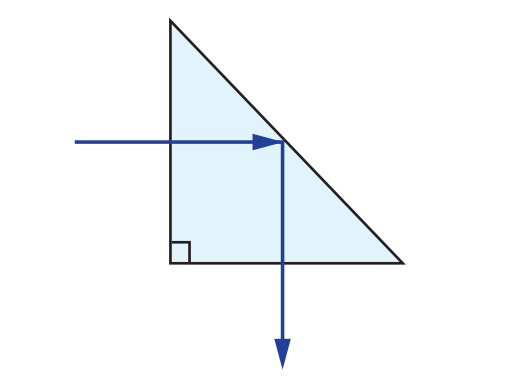 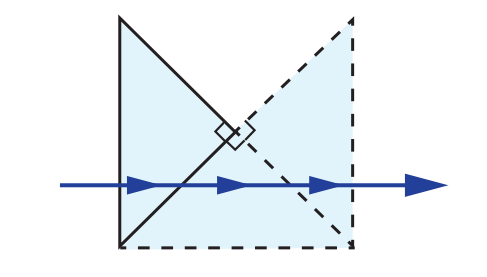 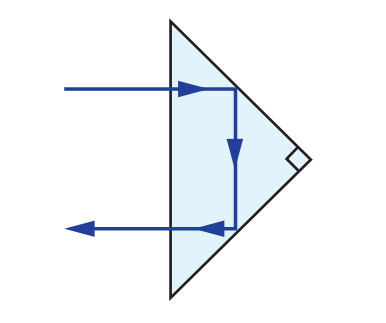 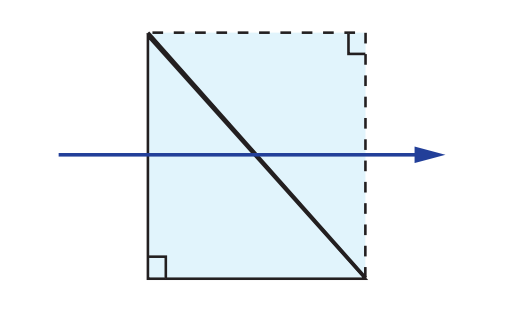 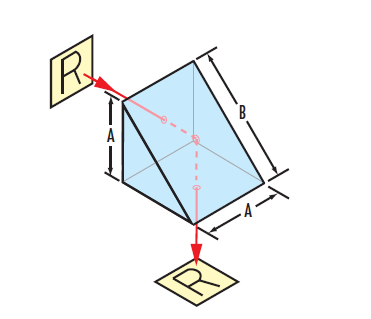 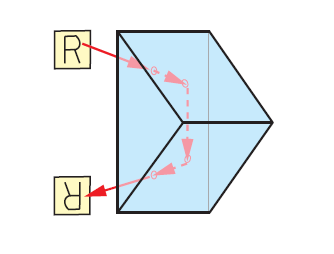 Like many basic geometric terms, the word prism (Greek: πρίσμα, romanized: prisma, lit. 'something sawed') was first used in Euclid's Elements. Euclid defined the term in Book XI as “a solid figure contained by two opposite, equal and parallel planes, while the rest are parallelograms”, however the nine subsequent propositions that used the term included examples of triangular-based prisms (i.e. with sides which were not parallelograms). This inconsistency caused confusion amongst later geometricians.

René Descartes had seen light separated into the colors of the rainbow by glass or water,[4] though the source of the color was unknown. Isaac Newton's 1666 experiment of bending white light through a prism demonstrated that all the colors already existed in the light, with different color "corpuscles" fanning out and traveling with different speeds through the prism. It was only later that Young and Fresnel combined Newton's particle theory with Huygens' wave theory to explain how color arises from the spectrum of light.

Newton arrived at his conclusion by passing the red color from one prism through a second prism and found the color unchanged. From this, he concluded that the colors must already be present in the incoming light — thus, the prism did not create colors, but merely separated colors that are already there. He also used a lens and a second prism to recompose the spectrum back into white light. This experiment has become a classic example of the methodology introduced during the scientific revolution. The results of the experiment dramatically transformed the field of metaphysics, leading to John Locke's primary vs secondary quality distinction.