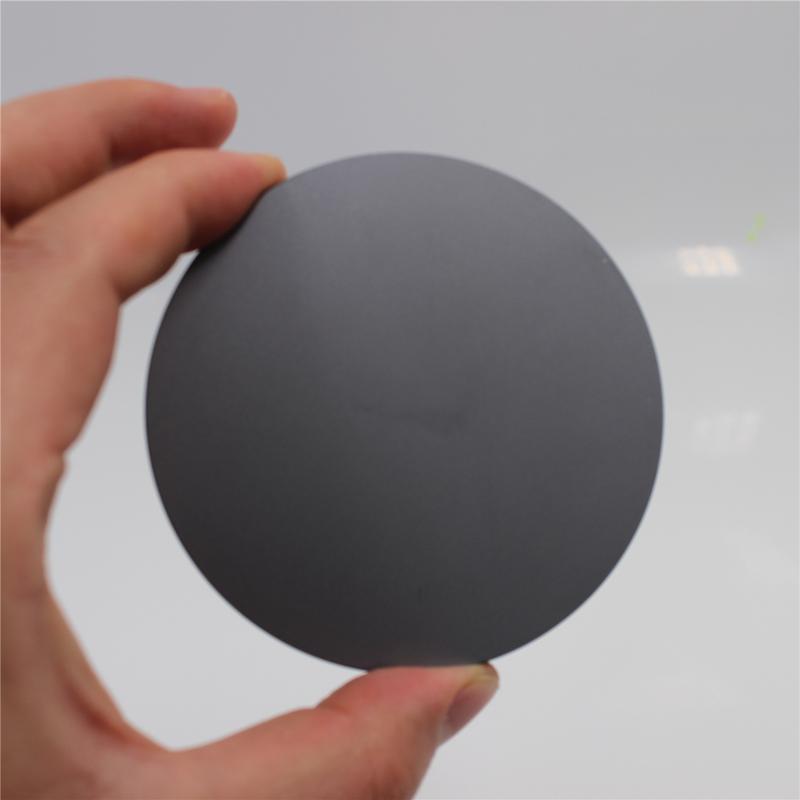 The element silicon is used extensively as a semiconductor in solid-state devices in the computer and microelectronics industries. For this, hyperpure silicon is needed. The silicon is selectively doped with tiny amounts of boron, gallium, phosphorus or arsenic to control its electrical properties.

Picture shown is a Silion blank, with D90mm and T6.20mm. VY Optics also produce other size and specification of Si wafer, or other high precision windows fabricated from several other substrates for use in a large variety of laser and industrial applications.